The only malt whisky trail in the world

For centuries uisge beatha (the Gaelic for ‘water of life’) has been produced in Moray Speyside from the simple ingredients of barley, water and yeast.

The traditional crafts of whisky production and the unrivalled landscape of the Speyside region await the visitors to the Malt Whisky Trail.

Visit historic and working distilleries, see the art of the cooper (barrel-maker), and of course get a chance to enjoy some of the finished product with old and new friends – in the heart of the Moray Speyside region. 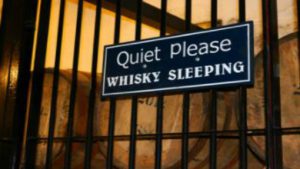 The world’s first and only trail of its kind and set in the heart of Speyside.

Home to a premier product that is enjoyed in over 200 countries and generating sales of more than £2.5 billion.

The Malt Whisky Trail includes eight distilleries and a cooperage with each offering its own perspective on the complex art of whisky production. Each offering a different visitor experience.

Founded in 1898 and renovated by Gordon & MacPhail in 1993, the Benromach distillery is situated just outside of Forres.

If the opportunity to produce your own bottle appeals to you. Or you would prefer an exclusive tour with the manager. Then the visitor centre is a must on your bucket list.

Located in Knockando, the Cardhu distillery is on the former site of Cardow Farm.

Owned by John Walker and Sons since 1893, the distillery produces a key part of the world’s most famous blend – Johnnie Walker.

If you’re looking for an authentic whisky experience, head for Dallas Dhu Distillery.

The last barrel of whisky produced by the distillery was in 1983. However, the distilling process was the same as the first barrel produced in 1899.

Although no longer in production, the distillery is perfectly preserved and tours of Dallas Dhu still take place all year.

Located in Dufftown, the Grant family built the Glenfiddich distillery in 1887.

In 1963, the distillery decided to produce and sell a single malt whisky. Up to that point, whisky was sold, primarily, as a blend, however, that was about to change.

The single malt whisky market has mushroomed. However, its no surprise that the Glenfiddich single malt remains the number 1, worldwide, selling single malt.

Glenfiddich boasts a single malt and a visitor centre that is popular with visitors worldwide.

“A single malt as it should be” was the mission of Major James Grant , the founder of the Glen Grant distillery in Rothes.

The result was, and still is, a light single malt whisky crafted from tall, slender, pot stills.

One of Scotland’s top producing distilleries. The distillery and visitor centre is complimented by the extensive gardens that offer a unique element to any tour.

Whilst the 1823 Excise Act was greeted, by some, with hostility, George Smith, the founder of the Glenlivet distillery, saw it as an opportunity.

He took the necessary steps to acquire a license and, in doing so, owned Scotland’s first legally licensed distillery.

Now one of the biggest selling single malts in the world, the Glenlivet also has a Best Visitor Attraction Award. An award that underpins the visitor experience enjoyed today.

Before being converted to a whisky distillery in 1897, the Glen Moray was the “West Brewery” with its buildings arranged around a square and situated on the original road into Elgin.

It is located not far from Gallow Hill, which until the end of the 17th century, was the place for all executions.

The water wheel, the imposing pagodas and the landscape, combine to make the Strathisla distillery one of the most attractive and charming distilleries in Scotland.

The home to Chivas Regal, the distillery can claim to be the oldest licensed distillery in Scotland. It was, originally, the local monastery brewery before producing whisky in 1786.

The only working cooperage in the UK, the Speyside Cooperage is fundamental to the whisky making process in Scotland.

The cooperage builds new barrels from American oak. In addition, it rebuilds barrels originally used for the production of bourbon and repairs casks already in use by the distilleries.

Although not a distillery, this is a must-see part of the trail.

The best time to travel to Moray and visit the malt whisky trail is in May or September when the whisky festivals are held. However, the distilleries on the trail are open all year round.