Moray Is one of the smallest regions in Scotland. However, it punches above its weight when it comes to the quality of life, scenery and facilities.

From the mighty peaks of the Cairngorms to the unspoiled coastline of the Moray Firth. Moray is an attractive place with 70 percent of its area being open countryside and 25 percent being made up of woodlands.

Moray retains its own unique identity and one of which it is justifiably proud. For residents and visitors alike, it offers all that is best in Scotland. 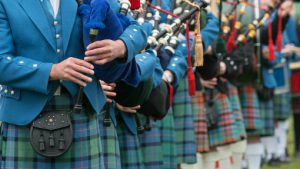 Most people live in the 6 main towns of Elgin, Lossiemouth, Forres, Dufftown, Keith and Buckie. The overall population density is below the national average. There is a clear difference between the sparsely populated upland areas to the south and the more populated northern coast, with its rich agricultural land, in the Laich of Moray.

The coastal towns in the north such as Buckie and Lossiemouth provide contrast to the main towns of Elgin and Forres and the agriculturally rich Laich.

The Spey Valley, home to the whisky industries and world renowned food processors such as Walkers and Baxters, paves the way to the towns of Keith and Dufftown and the rugged and spectacular highlands of the south, which form part of the Cairngorm mountain range.

Moray Is | Scenery And Wildlife

The UK’s highest landmass, the Cairngorm Mountains, dominates Moray in many ways. The great glaciers that flowed down from these granite hills during the Ice Age cut their way through the rock. They left behind a series of river valleys that radiate out from the mountains and flow down to the sea.

With its idyllic seaside villages, beautiful cliff scenery and large sand dunes on the Moray shore, the spectacular Moray Firth is a sight to behold. It was named one of the world’s most beautiful and unspoiled coastlines by National Geographic Traveller.

The wide variety of landscapes is reflected in the wildlife found in the region. The coast, with its sandstone cliffs is home to countless millions of seabirds and the Moray Firth dolphins. The hills and the high forests are home to deer and birds of prey.

Whether you are walker, wildlife enthusiast, seeking tranquil beaches, or a visitor simply taking a tour – you will find lots to do in this unique part of Scotland.

The main towns and the smaller communities have a character all of their own. Each plays its part in making Moray such a pleasant and rewarding area to live and to visit.

The seaside towns and villages have much to offer the visitor; traditional buildings, working harbours, and miles of sandy beaches combine to give the area its own unique charm. Inland, the towns and villages by the peaty waters of the River Spey are home to many of Scotland’s most celebrated whisky distilleries.

The coastal towns of Cullen, Portknockie and Findochty, each with strong links to the sea, have a close community feel to them. Traditional values remain strong.

Cullen is best known as the home of ‘Cullen skink’ and is an extremely attractive town. Originally built around the mouth of the Burn of Deskford, it has an imposing viaduct that frames the harbour.

Founded in 1677, the village of Portknockie overlooks the Moray Firth. It offers a great location to spot dolphins. In the 19th century it was a significant fishing port and the harbour today continues to be busy with private boats.

Findochty is a friendly fishing village in a peaceful and pretty location. Like its neighbour, an interesting focal point is offered by the bustling atmosphere and abundance of boats at the harbour.

Moving west, the villages of Garmouth, Spey Bay and Kingston are clustered round the estuary of the River Spey. Both are in close proximity to salmon and wildlife.

Today’s Garmouth is a charming village that, over time, has developed into a community of attractive cottages and houses. Arranged around a pattern of streets that have grown organically and arranged apparently at random. The result is a village that contrasts strongly with the many planned settlements of Moray.

The River Spey – and the Speyside Way – finally reach the sea at the small village of Spey Bay on the eastern side of the river mouth. The village now houses the Scottish Whale and Dolphin Centre in the former Tugnet Ice House, by far the largest ice house in Scotland and a reminder of its role as a salmon netting station.

Moving inland, Fochabers is a planned town of great character. It is the home of Baxters tinned food processors, a factory and Highland Village visitor attraction that dominates the western approaches. Built by the Duke of Gordon in 1776, the town has a square with church and fountain, a good choice of antique shops. It can claim to have one of the most attractive cricket grounds in Scotland, located as it is on the banks of the River Spey.

Maintaining an inland route brings you to Llanbryde and Elgin.

The village of Llanbryde was bypassed by the main A96 in the early 1990’s. The bypass significantly reduced the volume of traffic that once cut the village in half. Its curving main street passes between picturesque houses and offers a much more pleasant experience for both the visitor and resident.

Elgin today remains a fine town of great character and has retained, over the centuries, fragments of earlier times as it reworked and rebuilt its townscape.

Narrow alleyways leading off the High Street are part of a medieval street plan that remains visible today. Some arcaded merchant houses, from the 18th century, have also survived. The grandest buildings are found on the High Street and the Plainstones where it splits to pass both sides of St Giles’ church.

The west front of Elgin Cathedral is stunning and, without doubt, one of the finest pieces of architecture in Scotland.

Leaving Elgin and heading north back toward the coast brings the visitor to Lossiemouth.

At one time Lossiemouth was the hub of fishing activity in the area as well as the major port for Elgin. It boasts 2 fantastic beaches, a championship golf course and a lighthouse. Home to RAF Lossiemouth, the town has a connection to politics through its famous son Ramsay MacDonald.

Split by a man made harbour, Hopeman has 2 sandy beaches. The east beach is surrounded by large grassy sand dunes, brightly coloured beach huts and large rocky areas with excellent rockpools (the one on the eastern edge is known as Daisy Rock). The west beach is the smaller of the two, however, both offer excellent vantage points for dolphin watching.

Cummingston is sandwiched between the two fishing villages of Hopeman and Burghead. Where Back Street and Seaview Road join, a lane leads north to a small car park serving the children’s play park. A footpath provides onward access down to the beach and connects to the Moray Coastal Trail network.

Burghead is a fishing village that sits at the northeast end of a vast sandy bay that curves all the way to Findhorn. The Burghead visitor centre is located at the head of the cliffs that were once a site for a great pictish capital. It is one of the best vantage points in Moray to spot dolphins.

Findhorn and the surrounding area is one of the most attractive places on the Moray coast. An attraction based on its unspoilt golden sandy beaches, pine forests and beautiful coves.

Famous for both a variety of water sports and wildlife, there is something for everyone. Relaxing on the glorious beach, visiting the world famous Findhorn community or watching the variety of wildlife in Findhorn Bay. All in close proximity to refreshments offered at one of Findhorn’s popular pubs or cafés.

Back inland is Forres.

One of Scotland’s oldest towns, Forres is arguably the most picturesque.

Like Elgin, Forres also maintains, in part, its medieval street plan. The former market place, in the main street, was the focal point for trade and the central point for all commercial activity in the town.

Forres has a wealth of green spaces, and none more attractive than Grant Park. In fact, the town takes its attractiveness so seriously that it’s won several Britain in Bloom and Scotland in Bloom competitions for its beautiful traditional gardens and stunning floral sculptures. They’re just waiting for you to walk around and enjoy.

A scenic route through the Highlands leads to Tomintoul and Dufftown.

Tomintoul is the Highest Village in the Highlands with the stunning landscapes of the Cairngorms National Park and Glenlivet Estate on its doorstep.

Tomintoul provides access to the Lecht skiing area, via the A939 to Cockbridge road. It has gained a certain notoriety as it is usually the first road in Scotland to be blocked by snow.

Founded in 1817, Dufftown is a planned town with wide streets which centre on a square and landmark clock tower.

There are no less than five distilleries either in the town or immediately around it. Which puts Dufftown at the very heart of the whisky trail and is a mecca for enthusiasts.

With its fine clocktower and the ruins of Balvenie Castle it’s a beautiful town in its own right. The access to wide, fast rivers, glens and rolling hills that build up to the majestic Ben Rinnes, are perfect for outdoor enthusiasts and walkers of all abilities.

According to Harry Potter’s Hermione, Dufftown is “not very far” from Hogwarts Castle.

On from Dufftown to Aberlour and Craigellachie.

Aberlour, or Charlestown of Aberlour, is a large, attractive village that lies along the south east bank of the River Spey.

Its attractive granite stone buildings, decorative parks and gardens and generously wide high street, are framed at either end by the Aberlour Distillery and the world renowned Walker’s Shortbread.

Craigellachie lies at the lower end of beautiful Strathspey. At some 400 feet above sea level, the village is surrounded by hills and woodland of stunning beauty. The village overlooks the River Spey which is spanned by the famous Telford Bridge.

Taking a route south leads to Keith and then back to Elgin via Rothes.

At the gateway to the Malt Whisky Trail, Keith is a planned town which has three distinct commercial and residential sections:

Old Town, the site of the original settlement; Keith which is the main commercial centre and Fife Keith which was originally a separate town built in competition by the Earl of Fife but which, having proved less economically successful, was eventually joined to form one settlement separated now only by the river.

Rothes sits on the west side of the valley floor of the River Spey. It’s no surprise to find that Rothes is home to a number of distilleries and associated industries. One of the ironies of a visit to Rothes is that its distilleries, with the exception of Glen Grant, remain very unobvious.

For centuries uisge beatha (the Gaelic for ‘water of life’) has been produced in Moray Speyside from the simple ingredients of barley, water and yeast.

There are two main distinctions: malt whisky and grain whisky.

Malt whisky uses only malted barley. Grain whisky may use malted barley and also some other cereals, notably maize. A single malt is the product of a single distillery, while a blend, as its name suggests, is a blend of malt and grain whiskies. The higher the proportion of malt whisky the better (and in most cases, more expensive) the blend.

The Speyside Malt Whisky Trail takes visitors on a tour of some of the most important centres of whisky production, and the traditional crafts associated with the industry.

Centred on the Speyside region, whisky lovers can visit working and historic distilleries, see the art of the cooper (barrel-maker), and of course get a chance to enjoy some of the finished product with old and new friends.